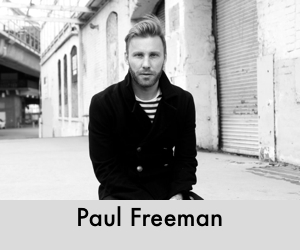 You can describe Paul as a newcomer, but also as a veteran. He’s lent his skills to amongst others James Blunt, for his worldwide hit ‘You’re Beautiful’ and he wrote a few top 20 hits together with Mark Owen (Take That), as well as Deana Carter, Carol Bayer Sager and recently Robbie Williams.

Paul toured as a guitarist for James Blunt and Roger Daltrey (The Who), who personally picked Paul as a support act for his American tour. Recently Paul was also the support act of Chris Cornell and Chris Isaak during their European tours. Credentials.